Russian claims of a mass Ukrainian surrender in Mariupol are likely false, but Russian forces forced Ukrainian troops to abandon the Ilyich metal plant in northern Mariupol on April 13, further constricting the two remaining pockets of Ukrainian defenders. Russian forces will likely capture Mariupol in the coming week. Russian forces continued to conduct small-scale limited offensive operations on both the Izyum and Severodonetsk axes and have not yet begun a broader offensive campaign. 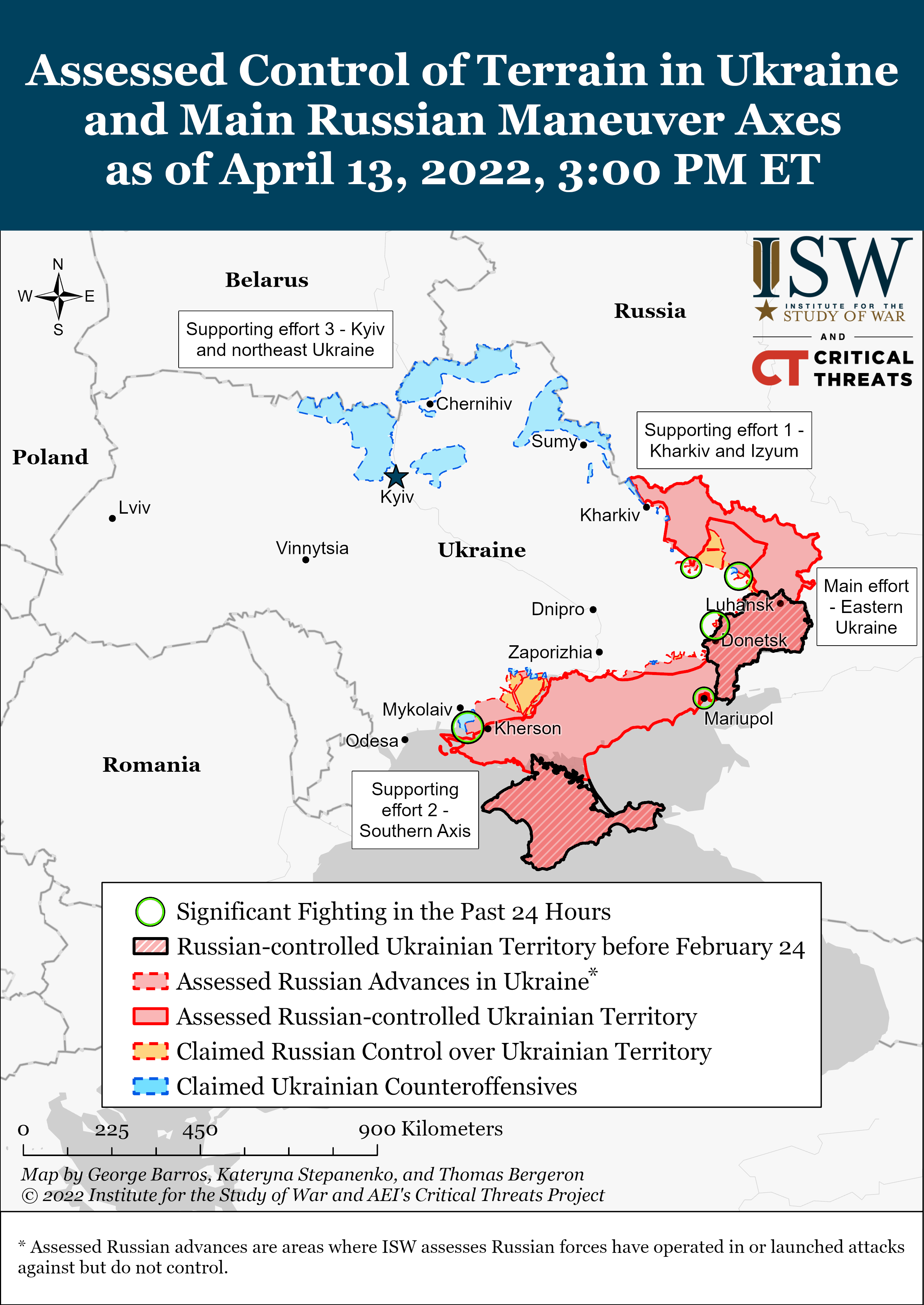 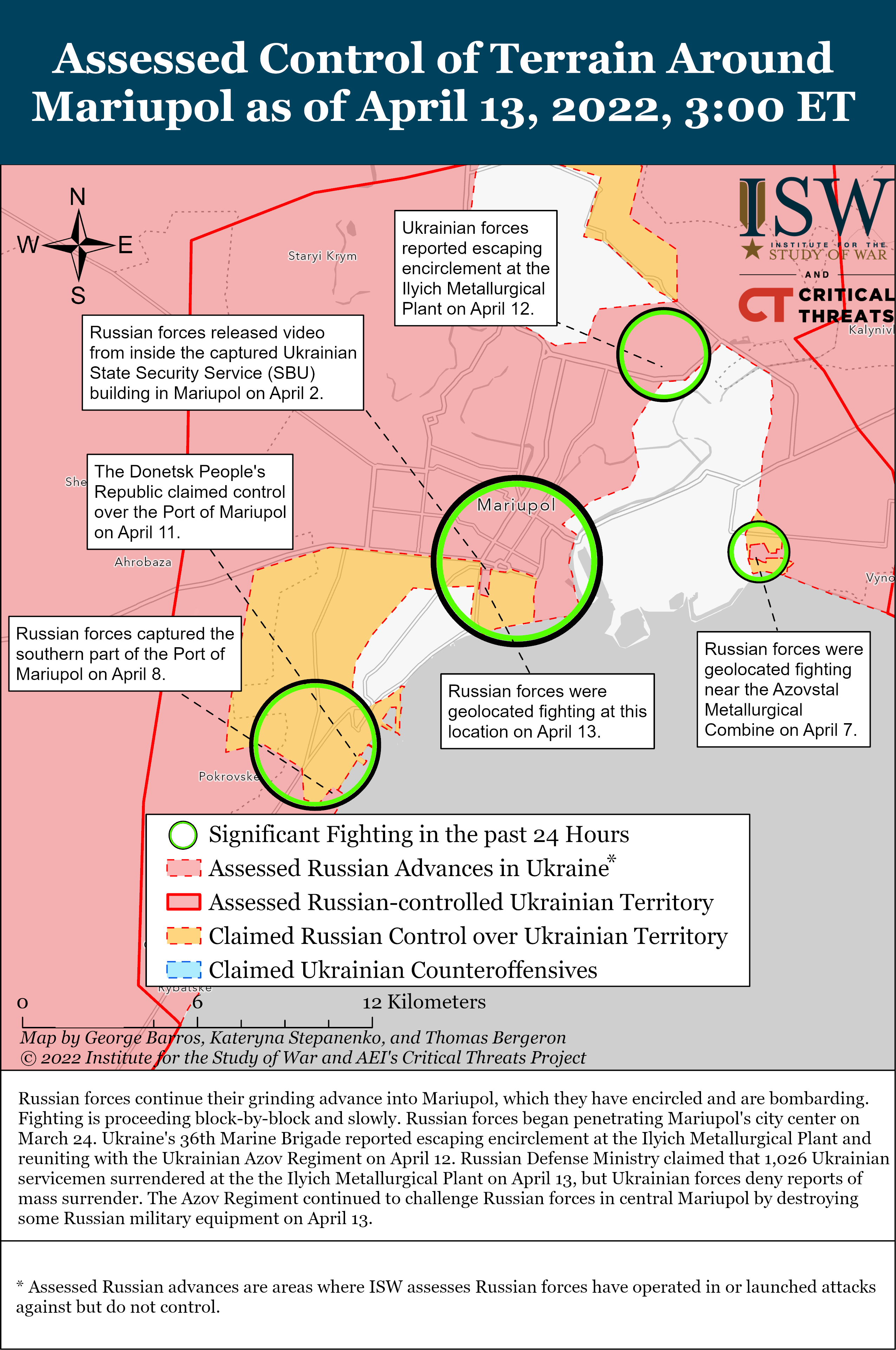 Russian forces continued unsuccessful local attacks in eastern Ukraine throughout the past 24 hours amid continuing preparations for a likely wider offensive. Russian forces conducted unsuccessful attacks in Sverodonetsk, Rubizhne, and Popasna but made no substantial progress on April 13.[7] US intelligence sources stated that Russia has approximately 55 battalion tactical groups (BTGs) fighting in “southern Ukraine,” though this number likely includes both Donbas and the southern Kherson axis.[8]

Russian forces continue to deploy damaged and ad-hoc units to Donbas.[9] The Kremlin introduced a ”yellow level of threat” in Russian regions bordering Ukrainian from April 13-26, likely to organize the redeployment of personnel and equipment to eastern Ukraine by imposing restrictions on civilian movement.[10] The Ukrainian General Staff reported Russia has formed five understrength Motorized Rifle regiments (the 103rd, 109th, 113th, 125th, and 127th) from forcibly mobilized personnel in Donetsk and Luhansk.[11] The Ukrainian General Staff stated these regiments are composed of up to five ”battalions” of 300 personnel each, and that only 5-10 percent of recruits have any combat experience. 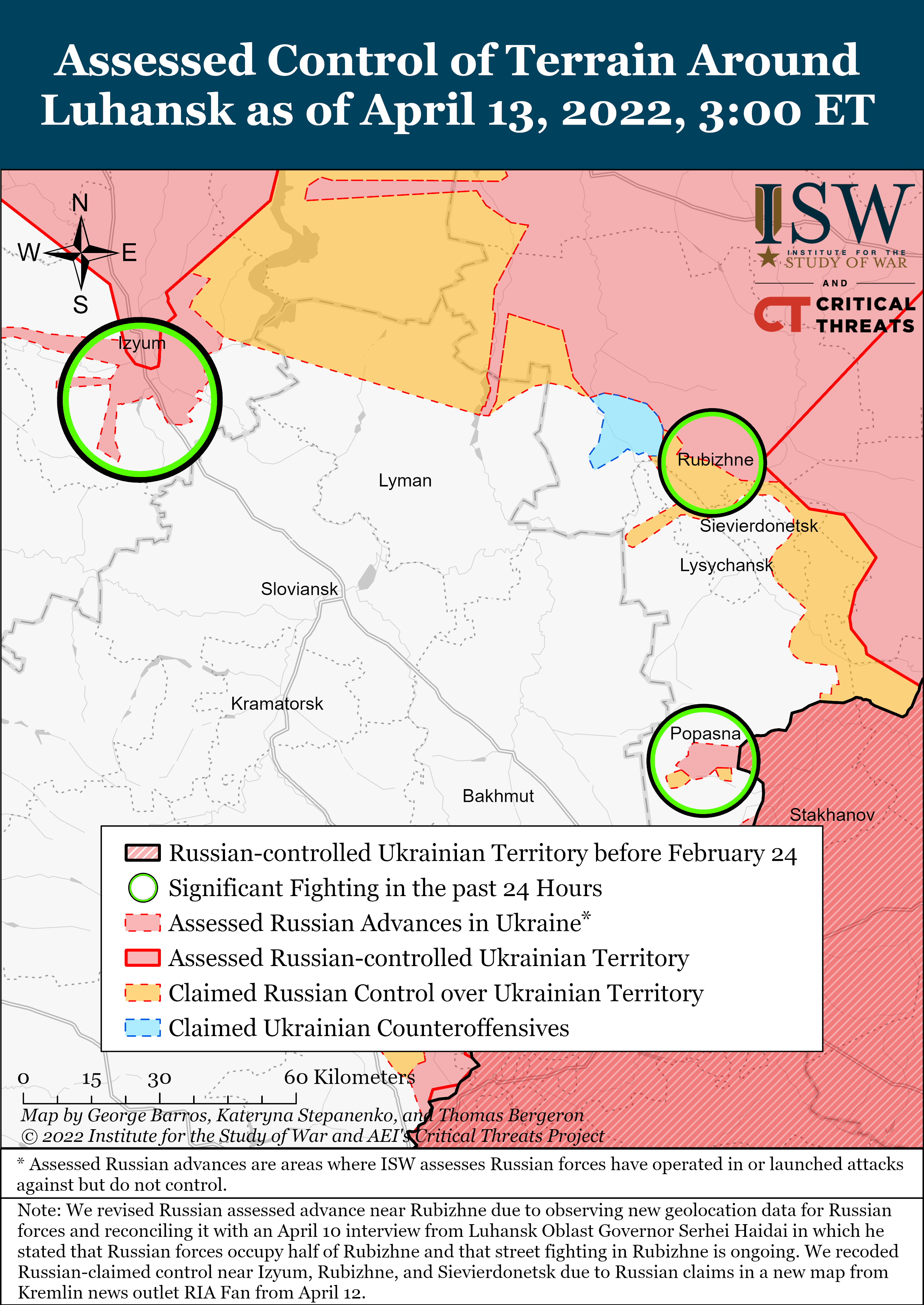 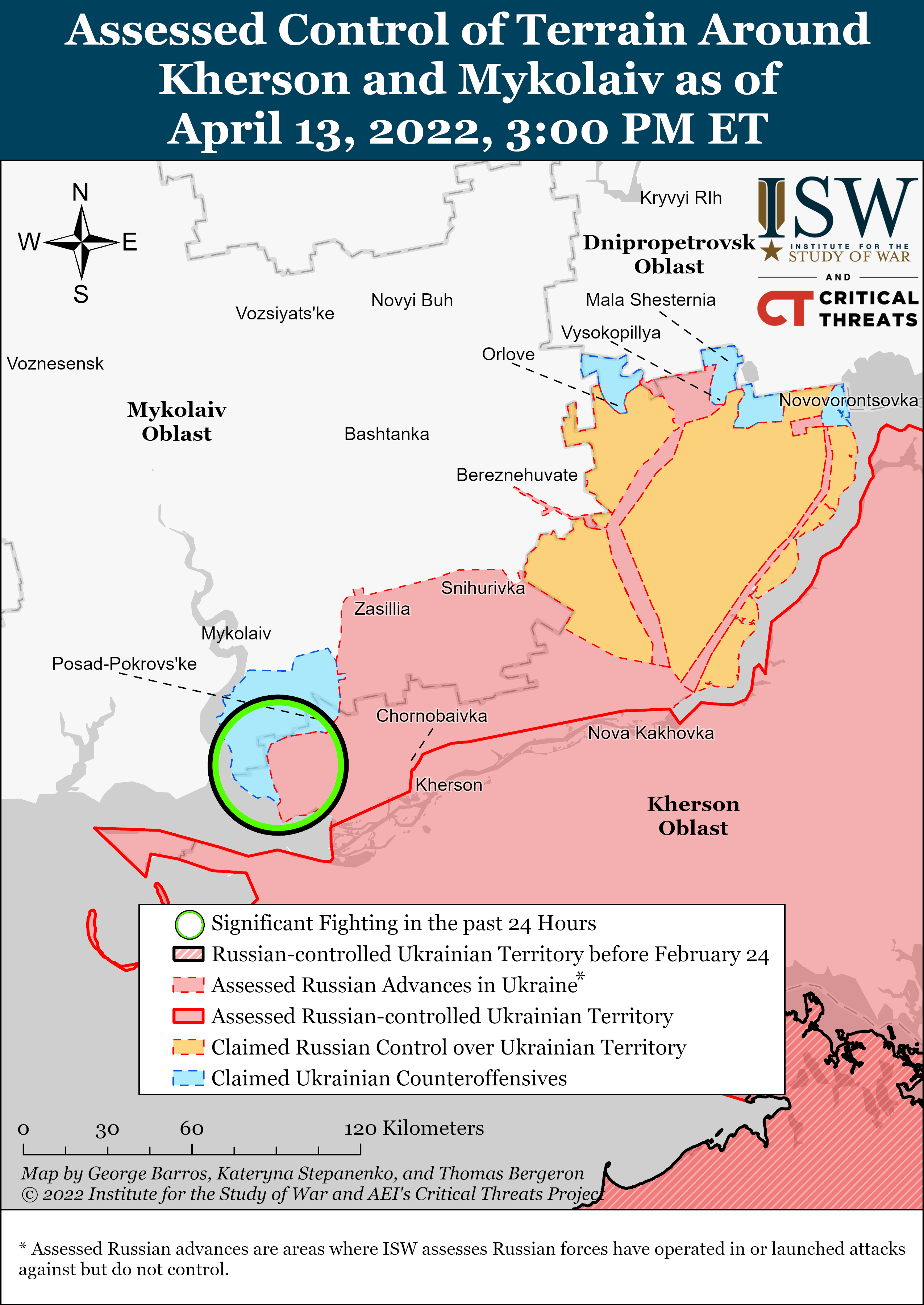 Belarusian social media users filmed several convoys of Russian equipment moving toward Russia in Belarus in the past several days.[18]