Black Flags Over Fallujah: The Comeback of al-Qaeda in Iraq 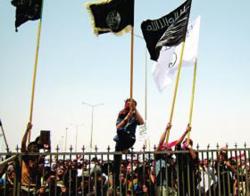 The United States is sending more military aid to Iraqi prime minister Nuri al-Maliki to fight al Qaeda in Fallujah and Ramadi. This is understandable. The resurgence of Al Qaeda in Iraq (AQI) is a clear threat to Maliki’s government and the Iraqi people, and its leadership of foreign fighters in Syria is also a threat to the United States. The problem is that Maliki’s war on al Qaeda masks another enduring war he has waged on the Sunni tribes and political leadership since American troops departed in 2011. By targeting Iraq’s Sunnis, Maliki has likely undercut Iraq’s chances to defeat AQI, and has driven his country to the brink of rekindled insurgency and sectarian civil war. U.S. military aid will be unavailing if Maliki does not earn the support of the Sunni tribes and political leaders.

Over the past two years, the prime minister has seized every opportunity to disenfranchise Iraq’s Arab Sunnis. His sense of timing is remarkable. Maliki arrested his Sunni vice president, Tariq al-Hashimi, right after U.S. troops withdrew from Iraq in December 2011. In response, the predominantly Sunni Iraqiyya bloc boycotted parliament, but it soon dwindled and fractured. Maliki seized an even more shocking moment to target the moderate Sunni minister of finance, Rafi al-Issawi—right after Iraq’s Kurdish president, Jalal Talabani, suffered a stroke, almost exactly one year later. This threw the Sunni population into an uproar, and a national protest movement organized large sit-in camps in the Sunni-majority provinces. Maliki delayed elections in Anbar and Nineveh for security reasons, prompting continued protests. He then had the Iraqi Security Forces (ISF) storm a protest camp in Hawija, killing or wounding more than 100 civilians. Like clockwork, this recent Christmas week, Maliki arrested Iraqiyya member of parliament Ahmed al-Alwani after an al Qaeda ambush in Anbar killed an Iraqi Army division commander and 23 other officers. Maliki is calculating and patient, and he delivers his most aggressive blows to the Sunnis when all eyes are focused elsewhere.

Maliki has even managed to convince the United States that his new operation in Anbar is targeting only AQI. That group is clearly on the rise there. Last year along the Upper Euphrates, AQI engaged in prolonged firefights with the ISF, destroyed a bridge, cut power lines, decapitated 14 local police personnel, and attacked police stations in separate incidents between September and November. On October 21, AQI attacked the Fallujah police directorate and held an adjacent power directorate building against security forces for eight hours. The group’s synchronized attacks on police stations in Ramadi and Fallujah on January 1 were even more operationally impressive. But not all the action is in Fallujah. AQI has comparable capabilities in other parts of Iraq.

Maliki’s attack on the Ramadi sit-in site was a political move to squash his rivals, not a quest to eradicate an al Qaeda headquarters, as the prime minister claimed. It is convenient for Maliki to portray the protest sites as hearts of darkness rather than victims of al Qaeda’s increasing infiltration. Maliki might have calculated that he would benefit from clearing the Ramadi protest camp; achieving a counterterrorism victory in Anbar would symbolically repeat his famous Charge of the Knights campaign that cleared Shiite militias out of Basra in 2008 and enormously increased his popularity. Should the present counter-offensive fail, AQI’s endurance in Anbar would justify Maliki’s military occupation and could well be used to justify his refusing to hold elections in Anbar this spring.

This article originally appeared in The Weekly Standard.