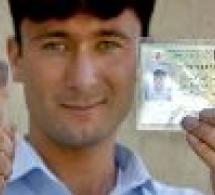 Today, millions of Afghan men and women are heading to the polls for the country’s second national elections since the fall of the Taliban regime in 2001. Out of a population of approximately 32million people, 17 million are eligible to vote. The ballots these voters cast will determine the fate of Afghanistan’s first popularly elected President, Hamid Karzai.

Although polling shows Karzai in the lead, a candidate must win with over 50% of the vote or a run-off election between the top two candidates in automatically triggered.  The elections are not without controversy as the Taliban racket-up violent attacks in Kabul and threaten the lives of those who dare to participate in the election process.

As Afghanistan continues a transition to democracy, the U.S. and international role in helping defeat the Taliban and other enemy groups becomes of vital importance. ISW President Kim Kagan has written another thoughtful editorial on the urgent need for a rapid growth in the development of the indigenous security forces in Afghanistan. Dr. Kagan notes that the Afghan Army and Police are being trained to defeat insurgents by partnering with American and NATO forces -- but a U.S. commitment to a much larger Afghan security force is required as part of the broader counterinsurgency effort.

To read all of Dr. Kagan’s editorial, visit today!

<p>An Afghan man shows his thumb marked with ink and his voter's pass after registering to vote in the country's presidential poll, now scheduled for August 20. (EPA)</p>
Additional Off-site Authors: