All Mapped Out – Operations In Helmand and Iraqi Elections Backgrounder 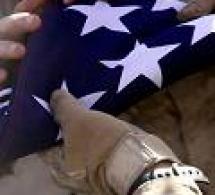 The Institute for the Study of War (ISW) has released a collection of 9 new Afghanistan maps for the serious follower of the on-going U.S. Marine and British operations in Helmand Province, Afghanistan. Available on the ISW website, these maps are high resolution and easily downloadable. The maps were derived from Jeff Dressler’s latest report on Afghanistan, Securing Helmand: Understanding and Responding to the Enemy.

ISW Research Manager, Marisa Cochrane Sullivan, has also released a timely backgrounder which analyses political trends and emerging alliances in Iraq. Prime Minister Maliki met with President Obama at the White House yesterday to discuss the impending elections law and parliamentary elections that should be held in early 2010. For a better understanding the President’s meeting and other Iraqi political dynamics, Ms. Sullivan’s backgrounder is a must read.

Please visit ISW’s website for your free copy of the Afghanistan Maps and the Iraqi Parliamentary Elections backgrounder.