Must See Video – Plus the Red Team Report! 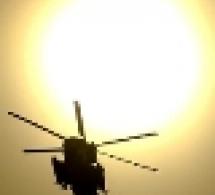 For those of you who missed ISW’s last Afghanistan event on Capitol Hill, we have released a new video where viewers can watch a compelling discussion on Helmand, Afghanistan, from the Homeland Security Committee room in the U.S. Senate. ISW President Kimberly Kagan and ISW Analyst Jeffrey Dressler addressed the nature of enemy groups and insurgent operations in Helmand; one of Afghanistan’s most critical provinces.

Download a free copy of the report: Securing Helmand: Understanding and Responding to the Enemy.

Also, new this week is fresh commentary from the Kagans: Red Teaming Afghanistan: How Will the Enemy Respond? Drs. Fred and Kim Kagan highlight five distinct scenarios for enemy reaction to U.S. strategy and force-sizing options in Afghanistan.

For a complete education on the current climate of the war in Afghanistan, don’t forget to check out Key Facts On Afghanistan.This joint report issued by ISW and the American Enterprise Institute outlines everything you need to know about Afghanistan:the enemy, the mission, and potential strategic options.

Finally, be sure to read the New York Times article “Don't Believe That We Can Afford to Lose-10 Steps to Victory in Afghanistan” featuring analysis by Kim Kagan and Fred Kagan on how to secure success in Afghanistan. Also included in the article are comments from Andrew Exum, David Kilcullen and Gretchen Peters.

Report: Red Teaming Afghanistan: How Will the Enemy Respond?

Report: Securing Helmand: Understanding and Responding to the Enemy

New York Times: “Don’t Believe That We Can Afford to Lose-10 Steps to Victory in Afghanistan.”