To Surge or Not to Surge? 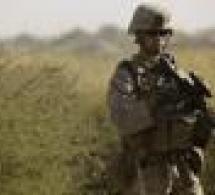 With the disclosure of President Obama’s objectives for Afghanistan and Pakistan on Wednesday, many military strategists and regional experts were relieved to find he had, in writing, confirmed his commitment to the principals his administration laid out at the onset of his tenure.  Specifically, his metrics call on Coalition Forces to defeat, “…the extremist insurgency, secure the Afghan populace, and develop increasingly self-reliant Afghan security forces…”

ISW President Kim Kagan is at the forefront of this strategically imperative debate writing in the Washington Post, the Washington Examiner and interviewed by the Council on Foreign Relations.

As you read the latest material from ISW, make sure to set your DVR to record Kim Kagan on CSPAN’s Afterword’s Program discussing her most recent book, The Surge: a Military History.