Iranian Influence in the Levant, Egypt, Iraq, and Afghanistan 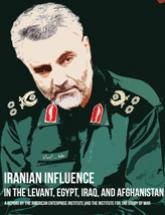 Since 2008, the Islamic Republic of Iran has continued to pursue a coordinated soft-power strategy throughout its sphere of influence, using political, economic, and military tools to promote its agenda. Unlike the period of the early 2000s, however, Iran’s payoff for that strategy is in doubt. The Arab Spring has presented Tehran with new opportunities but also new challenges in the Middle East. In general, it has brought a growing Sunni-Shi’a sectarian tinge to regional conflict, and Iran finds itself on the wrong side of that fight in most countries in the region. As that sectarian conflict spreads, Iran will have more difficulty presenting itself as a pan-Islamist regional leader—and Saudi Arabia, and possibly Turkey, likely will emerge as the obvious and natural Sunni Arab resistance to the Persian Shi’a.

As long as Bashar al Assad remains in Damascus, the Syrian alliance with Tehran is likely to remain strong. Should the predominantly Sunni insurgency oust Assad and take power in some form, however, the Iran-Syria relationship would very likely fracture. However, the depth of that relationship would make unwinding it no easy matter for Syria and those states that support its new rulers. Understanding the full scope and scale of the Tehran-Damascus alliance will be essential for policymakers regardless of the outcome of the current Syrian insurgency.

The ascension of Hezbollah to a position of dominance in Lebanese politics in 2011 has allowed Tehran to establish much more direct relationships in Beirut without the mediation of Syria. This development could not have come at a better time for Iran, as it suggests that Iran’s interests in the Levant can be protected and advanced even with a greatly weakened Syrian regime.

Of all Iran’s proxy relationships in the region, its entente with Hamas is likely to be the most difficult to retain in the face of growing sectarianism in Iraq, Syria, and the Persian Gulf. A formal split with Iran and the loss of Hamas headquarters in Damascus in early 2012 promises more turmoil for both Hamas and the Palestinians it governs. Overall, Iranian support to regional allied and proxy militaries, however, has remained very strong and quite possibly has increased.

The revolution in Egypt has thus far delivered little by way of practical results for Tehran. Cairo, likely under some additional pressure from the Persian Gulf states and from Washington, DC, has made only miniscule steps in the direction of renewed relations with Iran.

In Iraq, Tehran’s policies have been largely successful, giving Iran an unprecedented degree of influence there at the expense of the United States and of Baghdad’s Arab neighbors. A friendly Iraq is not only an important part of the Iranian-led “axis of resistance” but also serves as an opportunity for Iran to evade the increasingly harsh international sanctions regime and to continue financing regional groups.

Iranian efforts to influence events in Afghanistan have been largely unsuccessful, as Afghan president Hamid Karzai pursues a strategic partnership with the United States and North Atlantic Treaty Organization (NATO) despite Iranian pressure not to do so. Although ideologically opposed to the Taliban, Tehran continues to provide calculated support to the radical Sunni movement as a way to accelerate the withdrawal of US forces from its eastern neighbor.

We began our study of Iran’s regional influence in 2007 because we saw an emerging Iranian strategy to apply both hard- and soft-power tools to improve and consolidate Tehran’s position in the region. The pattern of Iranian economic, social, political, and diplomatic activity seemed to possess a unity that US policy—stove-piped into separate US concerns such as the war in Iraq, the Israel-Palestinian peace process, the Iranian nuclear program, and, subsequently, the Arab Spring—often seemed to miss. This study makes clear that Iran does, indeed, pursue such a coherent smart-power approach to the region, although not always with success.

Nothing about the ongoing struggle in the region is inevitable. The most important conclusion this study can offer is the growing importance of evaluating Iranian strategy in any one area within the context of Iranian strategy as a whole. One of the greatest mistakes the United States can make is to imagine that Iranian activities in a given arena—the nuclear program, for example—are isolated from Iranian undertakings in another.

The United States and its allies and partners in the region and beyond must not only understand Iran’s regional strategy and influence but also develop a coherent strategy of their own with which to confront them. Considering the relative economic, political, and diplomatic power of the two sides, it is simply unacceptable for the United States and its allies to allow Iran even such progress as it has made in these realms. To the extent that soft power can substitute for or enhance and support the effectiveness of hard power, developing a coherent influence strategy for the Middle East is imperative for US national security.