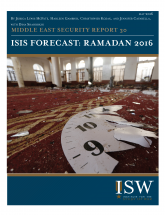 Executive Summary:  The next forty-five days constitute a high-risk period for a surge of attacks by ISIS during the Islamic holy month of Ramadan. ISIS traditionally uses Ramadan – which begins on June 6 and ends on July 5, 2016 - as a justification for its attacks and as an occasion to reorient its strategy. This year, ISIS will likely take action to reverse serious losses in Iraq and Syria while expanding its attacks against the non-Muslim world in an attempt to spark an apocalyptic total war. ISIS is still operationally capable in its core terrain and stands poised to expand its operations over the next six weeks, particularly in Turkey, Lebanon, and Jordan. This forecast will outline the most likely and most dangerous targets that ISIS may seek to operate against during Ramadan.

ISIS will implement its global strategy with simultaneous and linked campaigns across multiple geographic rings. ISW has refined its previous assessment of these geographic campaigns to identify the following four rings: core terrain, including Iraq, Syria, Jordan, Lebanon, Palestine, Israel, and the Sinai Peninsula; regional power centers, including Saudi Arabia, Iran, Turkey, and Egypt; the remainder of the Muslim world; and the non-Muslim world. ISIS will pursue different strategic objectives in each ring in order to advance its grand strategic objective to expand its caliphate across all Muslim lands while provoking and winning an apocalyptic war against the West.ISIS has suffered numerous losses within Iraq and Syria that it will likely seek to reverse by setting new conditions during Ramadan. ISIS will attempt to exploit an ongoing political crisis in Iraq by targeting demonstrators or other soft targets in a mass casualty event that prompts the mobilization of Iraqi Shi’a and sparks reprisals against Iraqi Sunnis. ISIS will also launch attacks in Homs, Tartous, and Latakia Provinces in Syria to exploit the current focus of pro-regime elements upon other major cities such as Aleppo and Damascus. ISIS has already demonstrated this capability and will continue to pursue these courses of action in April - May 2016 leading up to Ramadan.

ISIS will also seek to generate new conditions in Iraq and Syria by launching attacks within neighboring countries, including Turkey, Lebanon, and Jordan. ISIS will likely select targets in neighboring states that relieve pressure from the group in Syria while setting conditions for future expansion in those states. Targets that serve this dual purpose include foreign tourists, state security forces, and U.S. military elements in Turkey and Jordan. ISIS has already accelerated its attacks within Turkey and Lebanon since November 2015. Jordanian Special Operations Forces uncovered an operational ISIS presence in Irbid in March 2016, indicating that ISIS is developing the capability to conduct attacks inside Jordan as well.

ISIS is similarly organizing campaigns to weaken regional power centers - including Saudi Arabia, Iran, Turkey, and Egypt – in order to eliminate its rivals for leadership within the Muslim world. ISIS has pursued an indirect campaign against Iran that focuses upon its proxies in Iraq and Syria. Meanwhile, ISIS is escalating its attacks against security forces in Saudi Arabia with targets including the capital of Riyadh, Shi’a populations of Eastern Saudi Arabia, and potentially the holy city of Mecca, based upon recent arrests. These attacks may serve to boost regional recruitment for ISIS while signaling its long-term intent to seize control of the holy cities of Mecca and Medina. ISIS will also likely take advantage of political discontent against Egyptian President Abdel Fattah el-Sisi to further drive disorder in mainland Egypt and delegitimize the rival version of Islamism espoused by the Muslim Brotherhood.

ISIS will likely also announce new global affiliates elsewhere in the Muslim world during Ramadan, continuing a trend from previous years. ISIS is particularly likely to announce new governorates in Bangladesh and Southeast Asia over the next forty-five days, although new governorates in the Sahel and Somalia are also possible. ISIS will likely launch attacks during Ramadan in each of these locations in order to claim a presence in the far corners of the Muslim world, where it is directly competing with al-Qaeda and staging for future attacks against the non-Muslim world. ISIS could also declare a governorate in Tunisia over Ramadan, although conditions may not be set for such an announcement in the near-term. ISIS will expand its control and influence in Libya from its stronghold in Sirte, which it can use as a platform to escalate its expansion into Tunisia and Northern Africa.

ISIS will likely attack the West during Ramadan, particularly Europe. ISIS may well attempt to target major sporting events and other crowded public venues, including the Euro 2016 soccer tournament between June 10 and July 10. In a most dangerous course of action, ISIS could target Great Britain in an effort to exacerbate underlying tensions over refugee policy, accelerate its exit from the European Union, and break a key alliance in the West. ISIS could also conduct attacks against Canada and the U.S. over this period, particularly around the respective Independence Days of each country on July 1st and July 4th. The risk of ‘lone wolf attacks’ across the West will rise during Ramadan, as indicated in a recent speech by the group’s spokesperson urging followers to target the Crusaders in the West.

The anticipated surge in attacks by ISIS during Ramadan coincides with other precarious geopolitical trends that may allow ISIS to achieve outsized effects against its adversaries. ISIS could attempt to provoke an escalation in the Kurdish-Turkish conflict by launching cross-border attacks from Syrian Kurdish terrain or deploying ethnic Kurds as suicide bombers in Turkey. An intensification in this conflict could exacerbate tensions between the U.S. and Turkey over anti-ISIS strategy given the current reliance upon Syrian Kurds linked to the Kurdistan Workers’ Party (PKK) as the primary ground partner against ISIS in Syria. Meanwhile, Russia has also leveraged the Kurds as one vector to challenge Turkey amidst a wider campaign to pressure NATO through its southern flank. These additive pressures create an unstable security environment in which ISIS can generate asymmetric effects in the absence of U.S. support. ISIS’s Ramadan campaign thus threatens to inflict dangerous pressure upon the global system of U.S.-led security alliances even as it challenges domestic security across Europe. Countering this campaign will require the U.S. to dedicate increased resources towards disrupting its ground campaign, protecting vulnerable targets, and reinforcing key global and regional alliances. 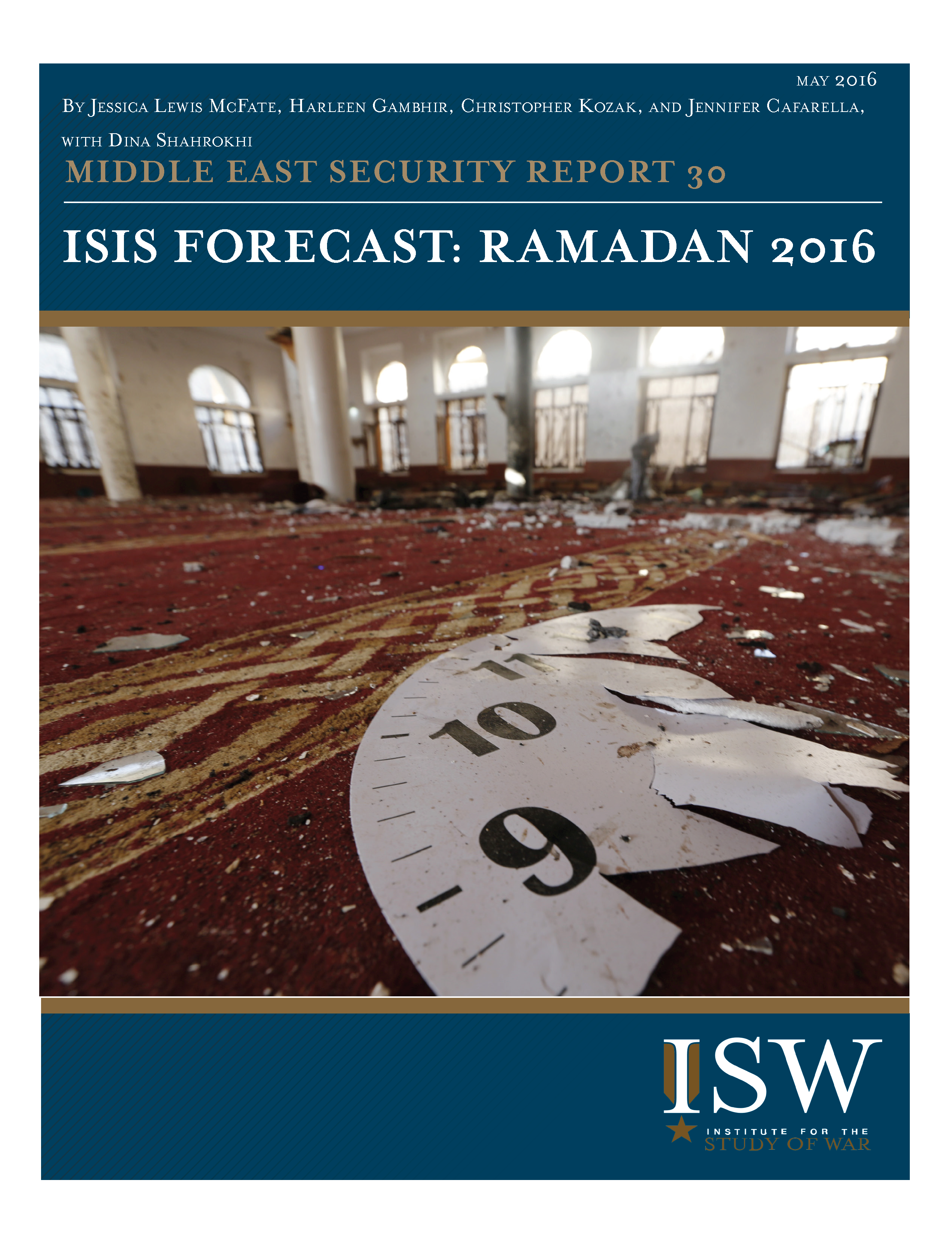