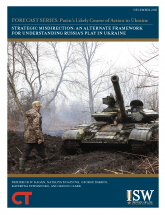 Russian President Vladimir Putin is amassing a military force on and near Ukraine’s borders large enough to conduct a full-scale invasion. Western intelligence agencies have reportedly intercepted Russian military plans to do so by early February. Visible Russian military activities and these plans so clearly support preparations for an invasion that it seems obvious that Putin really might invade if his demands are not met.

Putin is rarely so obvious, however, and a massive Russian invasion of Ukraine would mark a fundamental transformation of the approach he has taken for two decades to advance his interests and respond to threats. We cannot dismiss the possibility that such a transformation has occurred. The United States, NATO, and Ukraine must seriously consider the risk of a Russian invasion of Ukraine and prepare military, diplomatic, and economic measures to deter and respond to that threat.

But Putin may have no intention of invading Ukraine at all. Putin may be attempting a strategic misdirection that impales the West in a diplomatic process and military planning cycle that will keep it unprepared to meet his preferred, wily, and more subtle next move. Putin benefits greatly by focusing attention on the risk of war and prompting the current US scramble to defuse and de-escalate this crisis that he invented. If Putin is threatening military action to misdirect, then the West’s concessions will feed directly into his non-military efforts to achieve his objectives of changing the geopolitical orientation of Ukraine from west to east and weakening NATO.

There are good reasons to question Putin’s seriousness about preparing for an invasion, despite the ostentatious military measures he has taken to get ready for one. Putin and other Russian officials openly recognize Russia’s economic weakness and its implications for military operations. They developed the hybrid war model they have used throughout Putin’s tenure to offset that weakness. Invading Ukraine casts aside that model and moves Russia toward a reliance on more conventional military power and more traditional strategies that its economy cannot sustain. Putin may think that Russia’s situation has changed enough to justify such a massive shift of approach, but there is no evidence as yet that he does.

A careful examination of Russian information operations directed at Russia’s population and that of Ukraine suggests that Putin is not yet actively setting conditions to invade. A large-scale invasion of Ukraine risks generating a large number of Russian casualties. Putin’s control of Russia is not so secure that he can ignore the unrest and instability that angry soldiers’ families could cause—such anger at Soviet deaths in Afghanistan was, after all, a driver of the series of events that led to the Soviet Union’s collapse. Putin would certainly prepare the Russian population for war before launching one on this scale. His current messaging, however, focuses on denying that he intends to wage war and insisting that war is not imminent. A change in that messaging to rhetorical lines preparing his people for war would be a critical indicator that he really is getting ready to invade.

Putin’s actions have changed the information environment in the West. The Western policy discussion during this crisis focused initially on the fear of a Russian invasion and debates about the seriousness of that threat. The December 7 conversation between Putin and President Joe Biden is changing the discourse to a focus on the processes being established to de-escalate the crisis. Biden has threatened very tough economic responses to a Russian invasion but also ruled out unilateral US military operations to defend Ukraine. He has hinted that the diplomatic de-escalation process might make further concessions to Russia as part of an effort to avoid war but also rejected conceding the specific demands Putin has so far made.

Putin has responded by welcoming the diplomatic process, continuing the military buildup, and escalating some of his rhetoric that could set conditions for at least limited military actions in occupied Ukraine as well as in Belarus. The coming weeks and months will likely see oscillations in the policy discourse between a focus on the de-escalation negotiations and Putin’s military activities and escalatory rhetoric outside that process. He is also setting conditions for a future in which he has moved forces into Belarus and overtly into occupied Donbas but has not invaded unoccupied Ukraine, and in which the West is so relieved by the latter that it simply accepts the former.

Putin has thus already achieved important objectives as a result of the buildup. He has redirected the Western policy discourse about Russia and Ukraine away from issues such as the Nordstream 2 pipeline, Russia’s continued occupation of Donbas and illegal annexation of Donbas, and preparations to move Russian ground forces permanently into Belarus and/or overtly into occupied Donbas. As a result of Putin’s actions, the United States and NATO have made clear that they will not defend Ukraine by force. Putin has enmeshed the United States in a new diplomatic process.

The West will likely make additional concessions over the course of the next two months as part of the diplomatic effort to de-escalate. Putin’s “concession” may be nothing more than not invading Ukraine. If he never intended to invade Ukraine, he will have received quite a lot while giving up almost nothing.

Evaluating the likelihood of a Russian invasion of Ukraine is extremely important in shaping the appropriate Western response. If the West overestimates Putin’s intent to invade, it will underestimate its own bargaining position and make more concessions than it should. The West’s focus on the threat of invasion could cause Western leaders to miss important inflections in the Kremlin’s actual strategy and the progress Putin makes toward achieving his aims. In the worst-case version of this scenario, the West will be congratulating itself for having avoided a Russian invasion Putin never meant to launch while Putin quietly celebrates an important non-military victory that the West does not even recognize.

The West should not allow the need to deter invasion to block consideration of alternative approaches Putin may be pursuing. Rather, it must develop and execute responses to the concealed as well as overt dangers. It must recognize that certain responses to the overt threat could badly undermine necessary responses to the concealed ones. This report and those that will follow it in this series examine this alternative “concealed” framework and the implications for US and NATO policy if Putin has chosen to pursue it.

This report, the first in a series, examines the political, military, and informational situations in Ukraine and Belarus; the military and informational situations in Russia as they relate to this crisis; and the informational and diplomatic situations in the West. The next report in this series will examine in detail the specific military operations for which Russia appears to be preparing and evaluate the risks, benefits, and likelihood of various military options Putin is creating for himself. Subsequent reports will consider alternate courses of action that Putin could be pursuing instead of a large-scale invasion of unoccupied Ukraine and evaluate their likelihoods and risks to both Putin and the West. 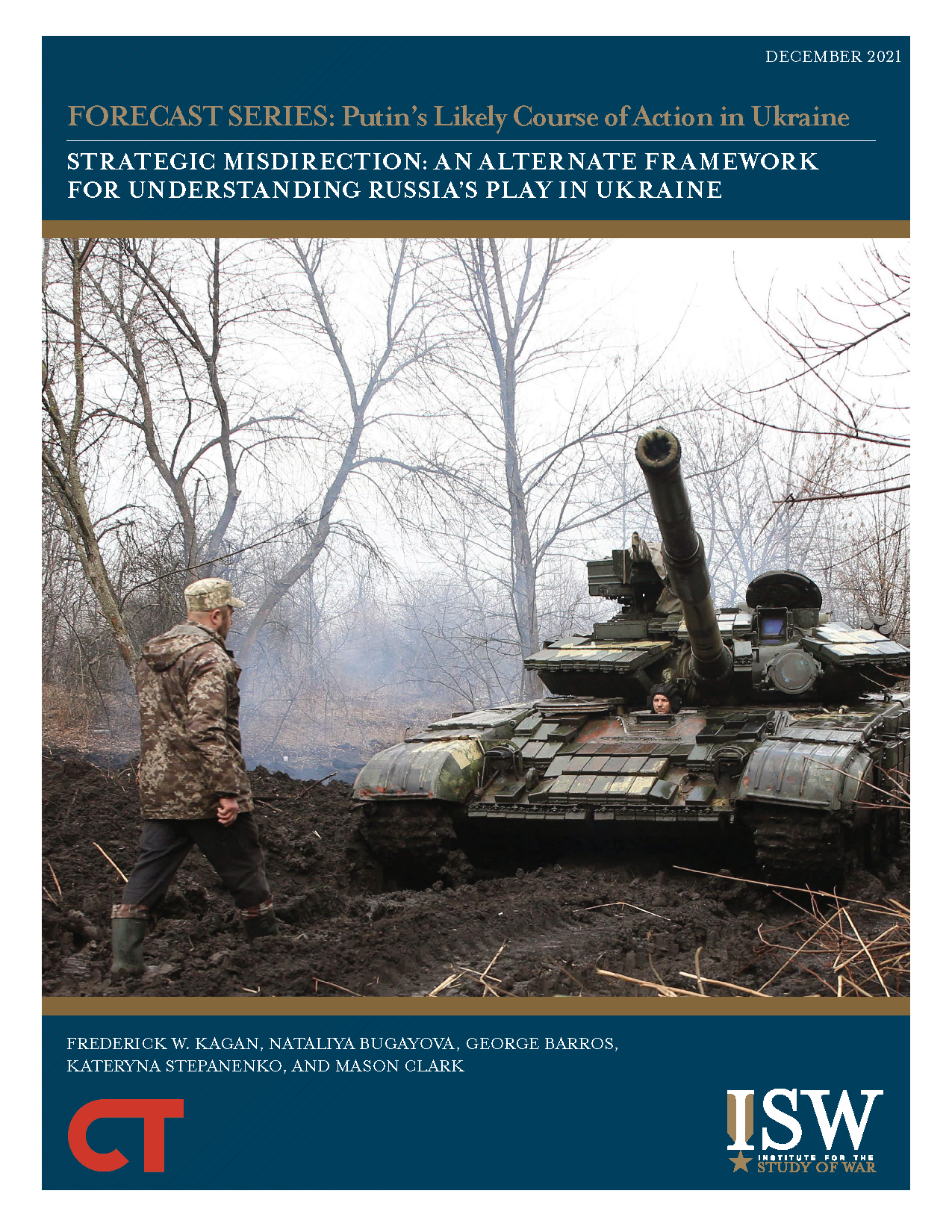