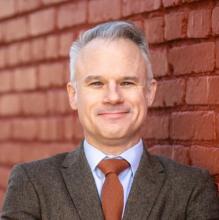 Matthew McInnis is the Senior Fellow for the Institute for the Study of War’s China Program, focused on the Institute’s joint-planning exercise with the American Enterprise Institute (AEI) on the Coalition Defense of Taiwan. Mr. McInnis previously served as the Deputy Special Representative for Iran and as a Member of Policy Planning at the US Department of State. He was also a resident fellow at AEI in foreign and defense policy after serving for 15 years in the Department of Defense as an intelligence officer and advisor on Middle East, China, and non-proliferation issues.

Mr. McInnis was an architect of the Defense Department’s first comprehensive intelligence strategy on China’s military modernization and served as a key analyst and advisor for the US military in Iraq during the Surge in 2007. He led the primary effort to improve US intelligence and analysis capabilities against the Iranian military, drawing from his China model, while at US Central Command as the Senior Expert for Iran. His 2017 AEI monograph The Future of Iran’s Security Policy: Inside Tehran’s Strategic Thinking helped shape the current US approach to deterrence and escalation management in the region and continues to be used as an educational reference for planners and analysts.