The southeastern belt wraps around the capital in an arc running from Nahrawan east of Baghdad, south through Jisr Diyala down to Salman Pak, and east through Arab Jabour and Hawr Rajab to the city of Mahmudiyah. Most of the area is rural farmland, crisscrossed by irrigation canals that limit mobility and facilitate the creation of insurgent refuges. The area sits astride several key lines of communication, including Highway Eight, running from Baghdad through Mahmudiyah to the south, and Highway Six, linking Baghdad with Salman Pak and al-Kut to the southeast. These lines of communication have been important for both Al-Qaeda in Iraq (AQI) and Jaysh al-Mahdi (JAM). AQI has used the areas of Arab Jabour, Hawr Rajab, and Salman Pak to support operations within the capital, while JAM has infiltrated the Shi’a populations clustered in Mahmudiyah and Nahrawan, east of Baghdad.

Multi-National Division-Center (MND-C) launched a series of month-long operations targeting both AQI and JAM in these areas through 2007, including Marne Torch I, Marne Husky, Marne Torch II, Marne Anvil, and Marne Courageous. These operations have combined the establishment of patrol bases and concerned local citizens groups with frequent air assaults to clear enemy groups from safe havens and to continue to disrupt their operations as they flee. The area of operations within the southeastern belts has been divided by the Tigris River. The 3rd HBCT, 3rd ID has responsibility for areas east of the Tigris, including Nahrawan and Salman Pak, while the 2nd BCT, 3rd ID has responsibility for areas west of the Tigris, including Arab Jabour and Hawr Rajab.

In 2008, MND-C launched three operations in succession to combat AQI remnants in the Tigris River Valley. The first, Operation Marne Thunderbolt was led by the 2nd BCT, 3rd ID and fully evicted AQI from the area of Arab Jabour, which was the last AQI stronghold in the 2-3's area of operations. This was followed by Operation Marne Grand Slam, which  was led by the 3rd BCT, 3rd ID and sought to remove AQI from the area of Salman Pak, which was the group's last stronghold on the east side of the Tigris River south of Baghdad. Finally, the 4th BCT, 3rd ID took part in Operation Marne Rugged, which took place further south on the West of the Tigris and sought to eliminate AQI's last sanctuary anywhere in the Tigris River Valley.

As of early 2009, AQI remained operationally neutralized in the Tigris River Valley south of Baghdad. 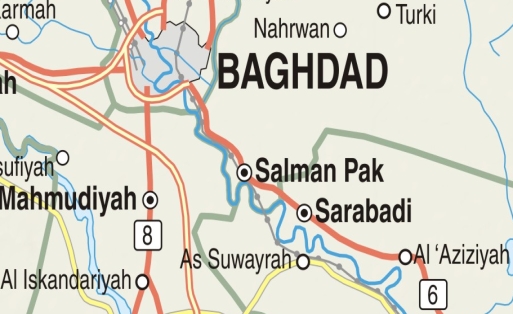