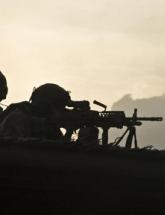 The Haqqani network, which has the backing of elements within the Pakistani security establishment, is one of Afghanistan’s most experienced and sophisticated insurgent organizations.

Siraj Haqqani, the son of the famous anti-Soviet fighter Jalaluddin Haqqani, is the current leader of the Haqqani network. Siraj is more extreme than his father and maintains closer ties to al-Qaeda and other foreign extremists in Pakistan.

Between 2002 and 2004, the Haqqani network reconstituted their operations in their historical stronghold of Loya-Paktia, which encompasses the provinces of Khost, Paktia and Paktika in southeastern Afghanistan.

The Haqqani network was able to expand beyond Loya-Paktia towards Kabul from 2005 to 2006, providing the network with the ability to execute attacks in the Afghan capital.