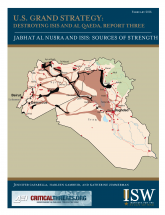 The Institute for the Study of War (ISW) and the Critical Threats Project (CTP) at the American Enterprise Institute conducted an intensive multi-week planning exercise to frame, design, and evaluate potential courses of action that the United States could pursue to destroy the Islamic State in Iraq and al Sham (ISIS) and al Qaeda in Iraq and Syria. ISW and CTP are publishing the findings of this exercise in multiple reports in a series titled U.S Grand Strategy: Destroying ISIS and al Qaeda. The first report – Al Qaeda and ISIS: Existential Threats to the U.S. and Europe -- described America’s global grand strategic objectives as they relate to the threat from ISIS and al Qaeda. The second – Competing Visions for Syria and Iraq:  The Myth of an Anti-ISIS Grand Coalition -- defined American strategic objectives in Iraq and Syria, identified the minimum necessary conditions for ending the conflicts there, and compared U.S. objectives with those of Iran, Russia, Turkey, and Saudi Arabia in order to understand actual convergences and divergences. This third report assesses the strengths and vulnerabilities of ISIS and al Qaeda affiliate Jabhat al Nusra to serve as the basis for developing a robust and comprehensive strategy to destroy them. Subsequent reports will provide a detailed assessment of the situation on the ground in Syria and present the planning group’s evaluation of several courses of action.

The key findings of this third report are: 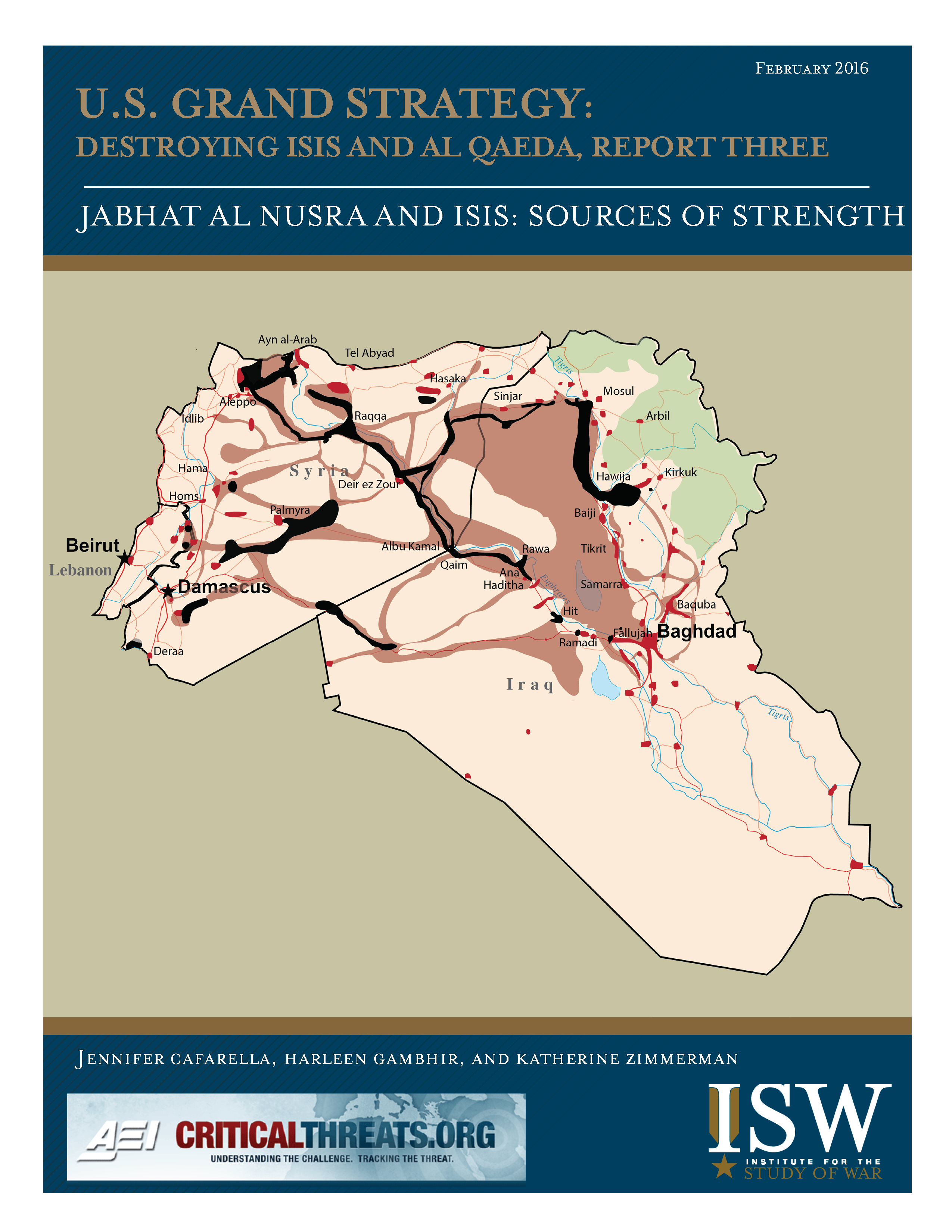