The PLA’s Evolving Outlook on Urban Warfare: Learning, Training, and Implications for Taiwan 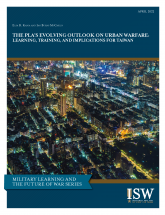 The People’s Liberation Army (PLA) has been increasing its study, training, and preparation for future urban warfare over the past decade. The PLA has limited experience with urban warfare and so often relies on observations of other militaries to inform its outlook. Among the drivers for this interest in urban warfare is that any Chinese campaign to force “(re)unification” with Taiwan could involve intense fighting in Taiwanese cities. The current edition of the Science of Military Strategy mentions an urban offensive (城市进攻) as a component of island operations (岛上作战) but does not elaborate on the conduct of such an offensive, likely because of the sensitivity of this scenario. This campaign could present a particular challenge, given that over 90 percent of Taiwan’s population lives in cities. Beyond the possibility of invading Taiwan, the Chinese Communist Party (CCP) is also concerned about terrorist threats, whether real and imagined, within China’s cities or against the security of Chinese citizens and businesses worldwide. Meanwhile, the conduct of urban counterterrorism has become the focus of several exercises and exchanges undertaken by the PLA and the People’s Armed Police (PAP).

The PLA’s outlook on urban warfare has informed its efforts to introduce new tactics, training, and weapons systems. The continuation or potential acceleration of efforts on these fronts could be critical indicators of its progress toward fulfilling CCP objectives in military modernization, including those targeted against Taiwan. While attacks on cities have been difficult throughout history, modern urban warfare has proven uniquely challenging for even the most powerful militaries. Such operations can be costly, lengthy, and bloody while negatively impacting morale at home and prestige abroad. Chinese military discourse often describes urban warfare as “battling rats in a china shop” (在瓷器店中打老鼠). The complex environment allows adversary combatants to hide among civilians and creates high risks for collateral damage. Fighting in urban terrain inherently benefits defenders or insurgents who operate asymmetrically or can exploit an opponent’s aversion to causing collateral damage.

Within the past decade, the PLA has constructed specialized training facilities to simulate operations in urban environments and undertaken exercises that have contributed to establishing baseline proficiency in this style of combat. If China were to invade Taiwan, beyond the initial amphibious operations, the PLA would be confronted with considerable challenges, including considerations of public opinion and international legitimization. The success of such a campaign could depend upon the PLA’s capacity not only to counter potential American intervention but also to seize effective control across Taiwan quickly enough to enable a fait accompli that would be difficult to reverse. To that end, the PLA’s training exercises in urban warfare, especially by the Eastern Theater Command (ETC), have aimed to enhance the credibility of such capabilities while also advancing aims of coercive signaling. The PLA’s capacity to engage effectively in urban warfare at scale is an important benchmark for evaluating its prospects of using force to realize control of Taiwan.

Urban battlefields have often featured new technologies and necessitated the development of novel capabilities. The growing prevalence in urban combat of unmanned aerial and ground systems—drones—is a recent example of that trend. These systems can improve intelligence support at the tactical level, lessen the risks faced by troops, and facilitate the targeting of other weapon systems. The PLA’s avid interest in drones that could become more “intelligent” and autonomous in their operations reflects its belief that US, Russian, and Israeli military operations have already proven the efficacy of drones in urban combat. The complexity of the urban environment means that the PLA’s preparations for urban warfare will test the utility and reliability of its drone capabilities, as well as its other advanced technologies, and serve as a benchmark for the PLA’s progress toward “military intelligentization” (智能化).

This report explores the PLA’s history with urban warfare and considers several lessons from the PLA’s study of other militaries’ operations. Our analysis examines the PLA’s outlook on new technologies and emerging capabilities for future urban warfare, discusses several relevant weapon systems and capabilities that the PLA is pursuing, and evaluates the training and recent exercises through which the PLA is seeking to improve its proficiency in urban warfare. This report concludes by raising questions for future research and includes several recommendations and considerations for US and Taiwanese policy responses. The US military can look to leverage lessons learned from its conflicts over the past twenty years and explore options to contribute to Taiwan’s capabilities for robust defense and resistance within its cities. The PLA’s progress in preparing for urban warfare will merit continued analytic attention; an improved understanding of these dynamics could inform US and Taiwanese initiatives to bolster deterrence. 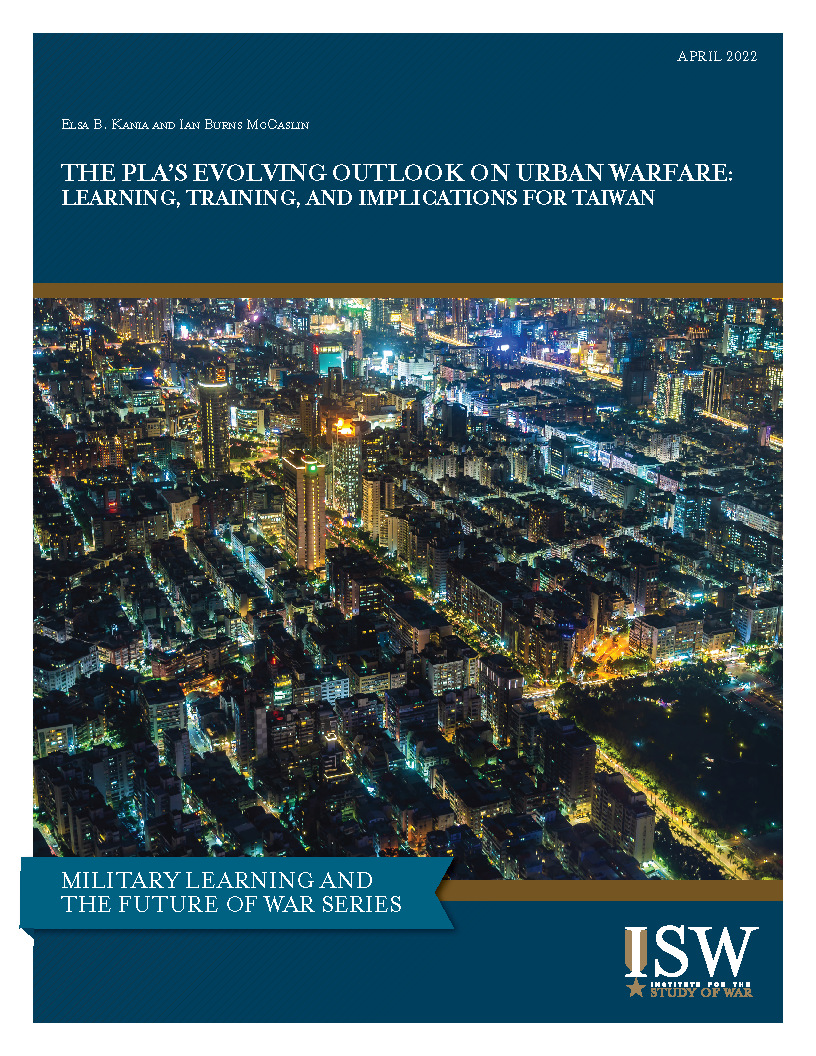