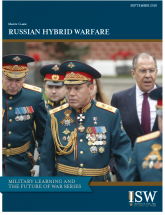 The Kremlin considers conflicts including Belarus, Ukraine, Syria, Libya, and Venezuela to be hybrid wars. The Russian Armed Forces openly discuss several ongoing conflicts as hybrid wars. The Kremlin is actively refining and utilizing its theory of hybrid war in Europe and around the world. It uses a blend of means and instruments, including conventional military forces. Russian Air Force aircraft in Syria constitute its most important means of influencing that conflict, although it has also deployed Russian Army Military Police and special forces (SPETSNAZ) troops as well. Russian hybrid war efforts in Belarus include sending three battalion tactical groups from Russian Airborne Forces divisions to exercise there, along with Tu-160 nuclear-capable bombers. Russia’s engagement in Libya, by contrast, has been primarily through its private military companies (PMCs), which are also operating in Syria. The Kremlin adjusts the kinds of forces it commits to hybrid conflicts according to its assessment of the conflict’s requirements. The Kremlin does not shy away from sending and using units from its conventional military forces just because it has defined the war as hybrid.

Russia sees hybrid wars as the main line of future military development, rather than a temporary phenomenon. The Russian military maintains theoretical space for the idea of a traditional conventional war and does not assert that all conflicts are now inherently hybrid. It instead argues that conventional war is a legacy type of conflict that is increasingly unlikely in the 21st century due to technological changes and strategic power balances. The Kremlin further asserts that Russia should shape its military and national security tools to optimize for hybrid wars not only because they are increasingly common, but also because they are now more practical and effective than traditional conventional warfare.

The United States must revise its strategy for confronting the Russian threat and re-examine the tools and resources it will need to support that strategy in light of a more accurate understanding of the Russian concept of hybrid wars. The US must avoid imposing its own conceptual boundaries on the Russian threat—particularly regarding the Russian theory of hybrid war. The Kremlin has established a continuum between and among military and non-military means to conduct unified campaigns – hybrid wars - to achieve its strategic objectives. The United States must also recognize that deterring major conventional and nuclear war with Russia is not a sufficient objective to preserve US interests in the face of Russian hybrid war efforts.  And it must accept that US and NATO conventional military forces must play an essential role in any counter-hybrid war strategy.

The United States should take several actions to support this revision of its strategy and approach to Russia. 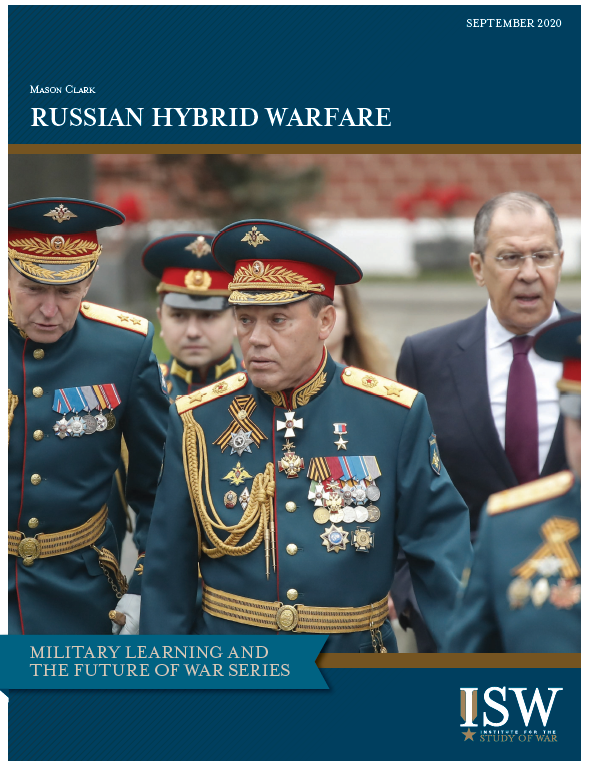