The Struggle for Syria in 2011 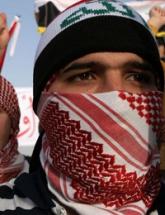 This paper provides context for understanding the cycles of violence in Syria. The first section provides a brief historical overview of sectarianism in Syria in order to understand its role in the current conflict. The second section provides a framework for understanding the operations and strategy of the Assad regime. The paper then analyzes regime security operations in seven regions: Dera’a province; Damascus; Homs and Hama in central Syria; the coastal region; Idlib province; the Arab east; and the Kurdish northeast. The paper concludes with an examination of regional and international responses to the conflict.

Sectarian politics in Syria have fundamentally complicated the problems facing the Syrian regime and its opposition. The Assad regime has not seriously considered introducing comprehensive reforms; representative government in Syria would lead to the regime’s downfall and the prosecution of the former elite. Given the consequences of losing, the regime is likely to fight to the end.

The scale of unrest in Syria has made it impossible for the regime’s security forces to simultaneously garrison all of the country’s key terrain. The regime has maintained control over Syria’s armed forces, despite limited defections. Therefore, the regime’s strategy has been to maneuver elite forces to key centers of unrest and conduct large clearance operations, using selective brutality in an effort to end the crisis.

The regime successfully suppressed demonstrations in Dera’a, where the protests began in March 2011, by conducting aggressive clearance operations. This allowed the regime to focus resources elsewhere as the conflict progressed.

Homs has become the conflict’s center of gravity because of its strategic location and its frequent sectarian violence. The regime attempted to quash Homs’ dissent in May, but emergencies elsewhere in Syria diverted attention and resources. By the time the security forces refocused on Homs in September, peaceful demonstrations had given way to armed resistance.

Despite large demonstrations in Damascus’ northeast and southwest suburbs, the regime’s security presence and targeting campaign has successfully prevented demonstrations from overrunning downtown Damascus. The size of the pro-regime population in Damascus has also contributed to dampening unrest in the capital. From the beginning of the uprising, the regime has deliberately consolidated its control over the Alawite homeland of Syria’s coastal region. Clearance operations in Latakia, Baniyas, and Tel Kalakh targeted Sunni enclaves and shored up regime lines of communication.

The first significant armed resistance of the current crisis was a local insurrection near the border with Turkey in June. The regime successfully pushed resistance forces out of the region that month. However, consistent armed resistance in Idlib emerged in October, possibly under the leadership of the Free Syrian Army.  The regime has been able to assume risk in Syria’s east. Security forces have avoided direct confrontation with the Sunni tribes of Deir ez-Zor, while Syria’s Kurds largely refrained from joining the opposition movement in 2011.

Iran, Iraq, and Lebanese Hezbollah have supported the Assad regime throughout this crisis with moral, economic, and possibly material assistance. Commercial and military interests in Syria have solidified Russian support for Assad. Turkey, Assad’s longtime ally, has reversed its position with a series of measures that have isolated and pressured the regime. The Arab League, led by the Sunni Arab Gulf States, has also strongly condemned the Assad regime’s violent response to the protest and enacted sanctions. The United States and European Union enacted comprehensive sanctions against individuals, organizations, and Syria as a whole.

After nine months of conflict and despite mounting regional pressure, the Assad regime has not demonstrated its willingness to step down, let alone abandon its offensive security strategy. The regime’s violent operations severely limited the possibility of a negotiated settlement. At the end of 2011, as both sides harden their stance and secure regional support, Syria’s slide towards civil war may be unavoidable.