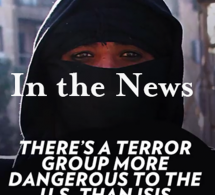 NEW in January--The Institute for the Study of War (ISW) and AEI's Critical Threats Project conducted a multi-week planning exercise to develop potential courses of action that the United States could pursue to destroy ISIS and al Qaeda in Iraq and Syria. The first two reports were released in January and media coverage is detailed below. A third report came out in February with more expected in March and April.
As a follower of the Institute for the Study of War, you know that our publications range from long reports meant to give in-depth knowledge on a major topic to more frequent blog posts and backgrounders that address immediate concerns and activities.
This newsletter will bring together those publications so that you can read what you missed, revisit what you've already read, and stay current on some of the most  significant conflicts facing the world today.
File Attachments: