Responding to the Afghanistan Controversy 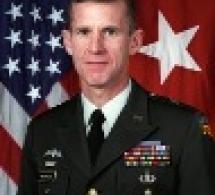 It’s really heating up again! The war in Afghanistan has fostered intense debates since General Stanley McChrystal sent his strategic review of the Afghan conflict to the Pentagon. Although the details of the report are not fully known, it is clear that a bold commitment to Afghanistan coupled with a new strategy must be implemented.

U.S. and N.A.T.O. forces must be smarter about when and where they fight while the Obama Administration must readily commit to fully resourcing the commanders with the troops and tools they need to be successful. Trying to win a complex counterinsurgency war “on the cheap” is a recipe for failure.

As our faithful ISW readers recall, President Kim Kagan recently spent 4 1/2 weeks in Afghanistan as part of GEN McChrystal’s strategic assessment team. Although her views are not necessarily those of the General or the U.S. Government, her work since returning has captivated many readers by challenging the messages of defeatism.

Please take a moment to watch Dr. Kagan’s speech on a panel hosted by the Brookings Institute here:

As many in the public sphere debate the American commitment to the region, ISW Afghanistan analyst, Jeff Dressler, published a response to George Will’s controversial opinion on the war effort. Read his blog from RealClearWorld.com here: