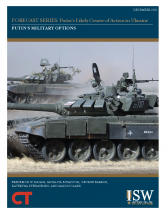 Russian President Vladimir Putin is amassing a large force near the Ukrainian border and reportedly has a military plan to invade and conquer most of unoccupied Ukraine.  Western leaders are rightly taking the threat of such an invasion very seriously, and we cannot dismiss the possibility that Putin will order his military to execute it.  However, the close look at what such an invasion would entail presented in this report and the risks and costs Putin would have to accept in ordering it leads us to forecast that he is very unlikely to launch an invasion of unoccupied Ukraine this winter. Putin is much more likely to send Russian forces into Belarus and possibly overtly into Russian-occupied Donbas. He might launch a limited incursion into unoccupied southeastern Ukraine that falls short of a full-scale invasion.

A full-scale Russian invasion of unoccupied Ukraine would be by far the largest, boldest, and riskiest military operation Moscow has launched since the 1979 invasion of Afghanistan. It would be far more complex than the US wars against Iraq in 1991 or 2003. It would be a marked departure from the approaches Putin has relied on since 2015, and a major step-change in his willingness to use Russian conventional military power overtly. It would cost Russia enormous sums of money and likely many thousands of casualties and destroyed vehicles and aircraft.  Even in victory, such an invasion would impose on Russian President Vladimir Putin the requirement to reconstruct Ukraine and then establish a new government and security forces there more suitable for his objectives.

We continue to assess for all these reasons that Putin does not, in fact, intend to invade unoccupied Ukraine this winter despite the continued build-up of Russian forces in preparation to do so.

A full-scale Russian invasion would consist of numerous discrete operations, almost every one of which could also be conducted independently of the others to achieve more limited objectives at lesser cost and risk. The most salient of those operations include, in order from most- to least-likely:

Putin will very likely deploy Russian troops into Belarus this winter. He has set all the necessary informational and military conditions to do so and is likely simply waiting for what he judges to be the right moment. Such a move could dramatically increase the challenge NATO faces defending the Baltic States from future Russian attack because it would put Russian mechanized units on both sides of the narrow Suwalki Corridor through which NATO supplies and reinforcements to the Baltic States must run. It would also set conditions for future threats to invade Ukraine along an axis that would enable Russian troops to envelop Kyiv from the west. And it would put additional Russian troops on the Polish border, increasing the threat to NATO’s eastern flank.

Putin and Russian officials are actively setting informational conditions to move Russian troops overtly into occupied Donbas. Russian forces are already covertly there, to be sure. An overt deployment would let Putin bring in much more combat power that would pose a more immediate and serious threat to unoccupied Ukraine. Military conditions are likely already set both in occupied Donbas and among the troops that would deploy there. Putin need not fear unrest in occupied Donbas because of its pro-Russian sentiments and the firm control he has established over it through his proxies and agents. The overt deployment of Russian forces there would put great domestic pressure on Ukrainian President Volodymyr Zelensky from two directions. Anti-Russian Ukrainians and the Ukrainian military would demand a response and serious preparations to defend against a possible Russian attack. Western leaders would likely press Zelensky not to respond so as to avoid “escalating” the conflict or disrupting diplomatic efforts underway to de-escalate it. These pressures could set conditions for what we assess to be Putin’s preferred course of action, which focuses on undermining Zelensky and the current Ukrainian political environment in advance of Ukrainian parliamentary and presidential elections in 2023 and 2024 respectively. We will explore this preferred course of action in the next report in this series. Such efforts would also make a future Russian invasion of unoccupied Ukraine somewhat easier than it is at present.

All other Russian military options involve attacking one or more areas of unoccupied Ukraine and would therefore constitute renewed overt Russian aggression not seen since 2014-2015. These military operations would create tremendous pressure on Zelensky and the Ukrainian military, confront NATO and the United States with very unpleasant and difficult choices, and set conditions for future Russian military operations against Ukraine. They would also pose serious risks to Putin, however. They would certainly generate Russian casualties and cause losses of expensive equipment that Russia can ill-afford to replace. Putin might nevertheless accept these risks and costs in individual limited attacks, particularly those that offer him reliable ways to stop his advances and declare victory early on if things appear likely to go poorly for him.

The operation to establish a land bridge from Rostov to Crimea is likely the most attractive to Putin in this respect. It solves a real problem for him by giving him control of the Dnepr-Crimea canal ,which he badly needs to get fresh water to occupied Crimea. It would do fearful damage to the Ukrainian economy by disrupting key transportation routes from eastern Ukraine to the west. He could halt operations upon obtaining an important gain, such as seizing the canal and the area around it or after taking the strategic city of Mariupol just beyond the boundary of occupied Donbas.

The other two possible courses of action are much more dangerous and much less susceptible to early termination. With regard to the seizure of Odesa, amphibious and airborne attacks are inherently risky, no matter how well-rehearsed and prepared. The drive on Kharkiv minimizes those risks but imposes the very real challenge of seizing and holding a city of more than 1.5 million people. We assess that Putin is unlikely to conduct either of these courses of action independently of a full-scale invasion.

Putin will surely continue to build up the capabilities he would need to conduct the full-scale invasion of Ukraine over the course of this winter. He gains tremendous leverage with the West in doing so and allows his military time to set conditions for a much more rapid build-up and attack against Ukraine or NATO states in the future, since we forecast he will likely leave elements of his mobilized forces in place at the end of this crisis.

The continued military deployments themselves are not, therefore, the indicators we should be watching to determine Putin’s intent. We should instead be watching the information conditions he is setting in Ukraine, Russia, and the West, as discussed in Part I of this series. If Putin is serious about seizing all or most of unoccupied Ukraine, he will be setting conditions for the post-war governance of that area as well. Western and Ukrainian intelligence should focus on indicators that he is doing so, many of which will be hard to observe in the open source.

The art of deterring Putin lies in adding sufficient risk to his undertakings while offering the most limited possible negotiated concessions. Western negotiators and policymakers must internalize the extreme risks and costs to Russia that are inherent in a full-scale invasion of Ukraine to avoid conceding to or threatening Russia more than is needed to deter an attack Putin probably does not intend to launch.

Putin is trying to panic the West into surrendering important principles and accepting Russian actions that would damage Western interests and security severely but would seem less dangerous when compared to the massive threat Putin is presenting to Ukraine. Western leaders must avoid becoming mesmerized by the threat of a Russian invasion while cajoling Putin to de-escalate the crisis he has created. 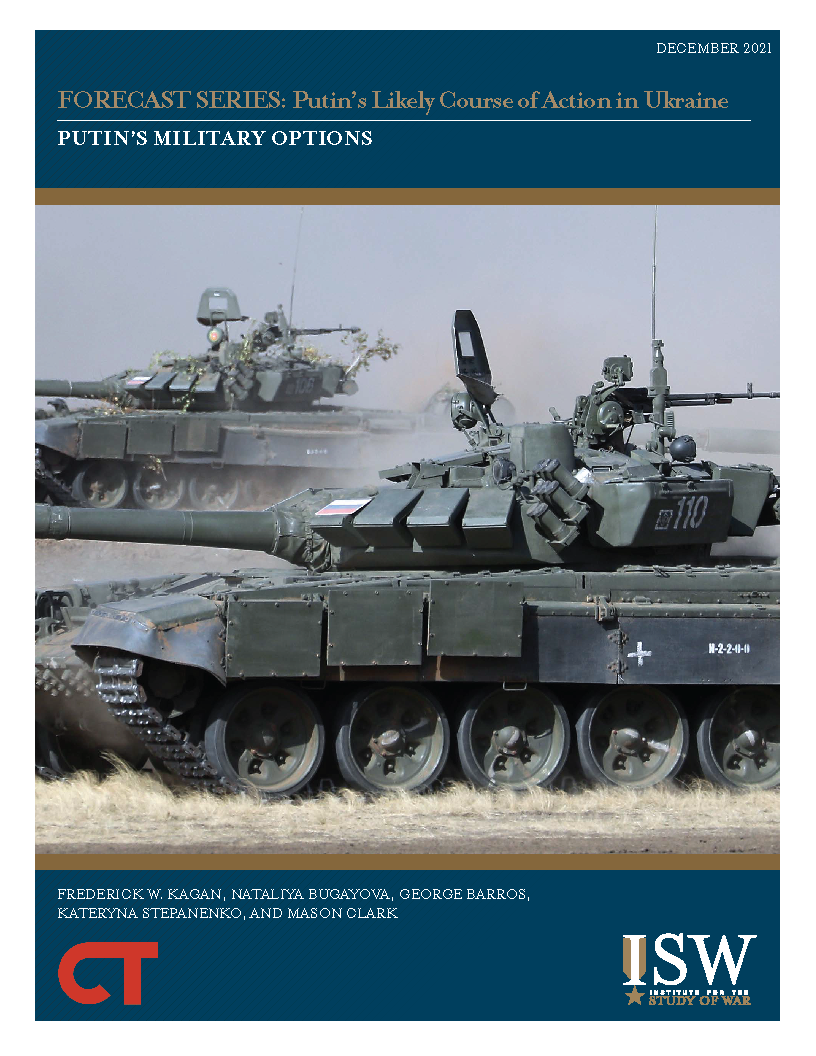