The Baghdad belts are residential, agricultural, and industrial areas that encircle the city, and networks of roadways, rivers, and other lines of communication that lie within a twenty or thirty mile radius of Baghdad and connect the capital to the rest of Iraq. Beginning in the north, the belts include the cities of Taji, clockwise to Tarmiyah, Baqubah, Buhriz, Besmayah and Nahrwan, Salman Pak, Mahmudiyah, Sadr al-Yusufiyah, Fallujah, and Karmah. This "clock" can be divided into quadrants: Northeast, Southeast, Southwest, and Northwest.

The enemy, both al-Qaeda in Iraq (AQI) and Shi'a militias, controlled locations in the Baghdad belts between 2004 and 2006. The enemies of the Coalition and the Iraqi government were able to use the terrain around Baghdad to project forces and funnel supplies into the capital, and to move freely around the city into the provinces. As Lt. General Ray Odierno, then-commander of Multi-National Corps - Iraq explained, “Attacks occurring in Baghdad often originate in these outerlying regions. Sectarian lines begin to blur in these belts, creating a flashpoint for extremists looking to assert their control over Baghdad. Al-Qaeda in Iraq and Shi’a extremists want to control these areas.” Iraq Reports 1 and 5 describe the movement of fighters, weapons, and car bombs through the southern and northern belts.

General Odierno made his assessment that the belts were important to securing Baghdad in part based upon a key piece of intelligence. In 2006, Coalition Forces captured a hand-drawn map by Abu Musab al-Zarqawi, then the leader of al-Qaeda in Iraq, depicting the battle for the belts.1  Zarqawi’s map of the belts demonstrated al-Qaeda in Iraq’s campaign plan for 2006. The organization prioritized controlling the belts in 2006 as a method for controlling terrain and making gains against enemy groups. The map also illustrated the way in which al-Qaeda divided the terrain around the city into sectors for organizational purposes, and it likewise displayed supply routes in the city.

In late 2006 through early 2007, al-Qaeda’s capabilities in Iraq, and particularly in Baghdad, depended on its ability to move around the capital, as well as through it. The strong links around the city made it possible for al-Qaeda to transport weapons and fighters, finance their activities, run kidnapping rings that terrorized locals and used victims to emplace vehicle bombs, and run vehicle-bomb-making factories; all of which were necessary for the network to operate. Consequently, Generals Petraeus and Odierno determined that they had to expel fighters from the Baghdad belts and deny them sanctuary there in order to secure the population of Baghdad. Disrupting al-Qaeda’s operations in Baghdad required disrupting the enemy’s freedom to move through the belts around Baghdad, rather than expelling them from any one safe haven.

Generals Petraeus and Odierno placed three additional “surge” brigades plus support units in the belts in the spring, while operations in Baghdad continued with two new “surge” brigades (The deployment is described in Iraq Report 5). They also created a new division command, namely Multi-National Division Center, to take responsibility for the terrain in the southern and eastern belts.  They reinforced Diyala Province, northeast of Baghdad, in March and in May 2007. (Iraq Report 7 describes these operations.) In April 2007, they also deployed a new surge brigade in Besmaya, east of Sadr City, and these new US forces began to maneuver in the eastern and southeastern belts of the capital in May. Additional troops reinforced the southwestern belt that runs from Sadr al-Yusifiyah to Mahmudiyah. The new Marine Expeditionary Unit began operating northeast of Fallujah and northwest of Baghdad, along the southern shore of Lake Tharthar, in summer 2007. Finally, General Odierno re-positioned US forces north and west of Baghdad so that they operated as seamlessly as possible through that terrain.

The deployment constituted a deep encirclement of Baghdad that aimed to prevent the enemy from moving freely around Iraq or from sector to sector around the city during Operation Phantom Thunder, the Corps-level offensive launched on June 15, 2007, that saw Coalition and Iraqi forces move into enemy sanctuaries in the belts. This was followed by Operation Phantom Strike in August 2007. Phantom Strike sought to consolidate the gains made during Phantom Thunder to prevent AQI and Shi'a extremist elements from filtering back into cleared areas. Finally, Operation Phantom Phoenix was launched in January 2008. Phantom Phoenix focused on clearing AQI from its remaining sanctuaries in the Northern Baghdad Belts, though there were also operations in the Southern Belts to clear AQI from the Tigris River Valley.

By mid-2008, the offensives, which combined raids and strikes with the intensive projection of US and Iraqi forces into local communities, rendered al-Qaeda’s belt system inoperable even as pockets of local al-Qaeda and a few foreign fighters remained in those areas.
_______________________ 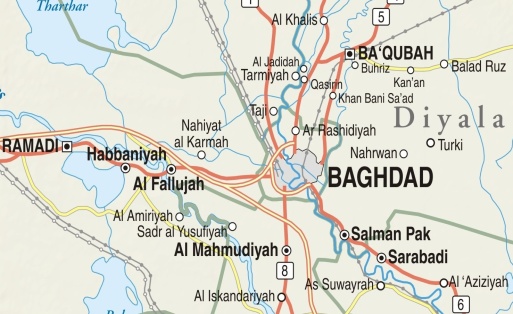